Proclamation canonical patronage of St. George as patron of Mariola 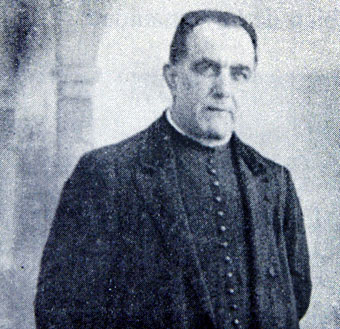 Emil Ribera Berenguer, born in Mariola 1871 and ordained to 27 years, is directly linked to the canonical proclamation of St. George.

Being vicar of the parish of Santa Maria highlighted as organist and composer. He wrote several motets and hymns that have not been preserved and composed the Hymn to St. George still sung nowadays.

In 1927 proposed that the Municipal Corporation will be asked jointly by the Council and the Parish of St. George canonical proclamation as Patron of bathtubs to make official the Banyeruts had great devotion to the Holy.

The 27 August 1927, the Archbishop of Valencia announced the arrival of the document of approval of the Holy See official who granted the patronage of St. George in the village of bathtubs.