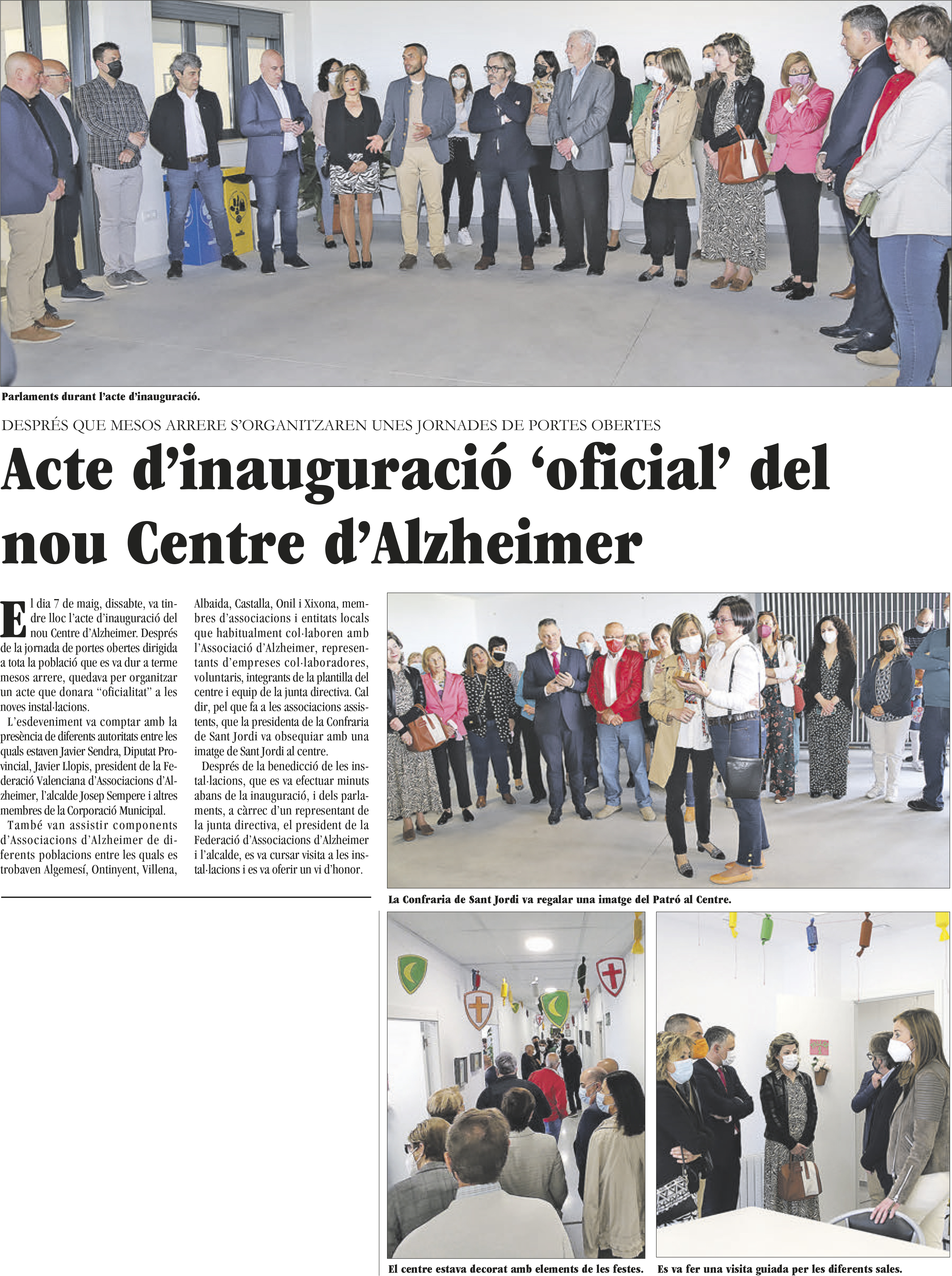 AFTER MONTHS AGO OPEN DAYS ORGANIZED

The day 7 May, Saturday, The inauguration of the new Alzheimer’s Center took place. After the open day aimed at the entire population that took place months ago, it remained to organize an event that would give "officiality" to the new facilities·lations. The event was attended by various authorities, including Javier Sendra, Provincial Deputy, Javier Llopis, president of the Valencian Federation of Alzheimer’s Associations, Mayor Josep Sempere and other members of the Municipal Corporation. Members of Alzheimer's associations from different towns, including Algemesí, also attended, Ontinyent, Villena, Albaida, Castalla, Onil and Jijona, members of local associations and entities who usually collaborate·working with the Alzheimer’s Association, business representatives col·workers, volunteers, members of the staff of the center and team of the board of directors. Must say, as for the attending associations, that the president of the Brotherhood of Sant Jordi presented with an image of Sant Jordi in the center. After the blessing of the facilities ·lations, which took place minutes before the inauguration, and parliaments, by a representative of the board of directors, the president of the Federation of Alzheimer’s Associations and the mayor, a visit was made to the facilities ·and a wine of honor was offered.