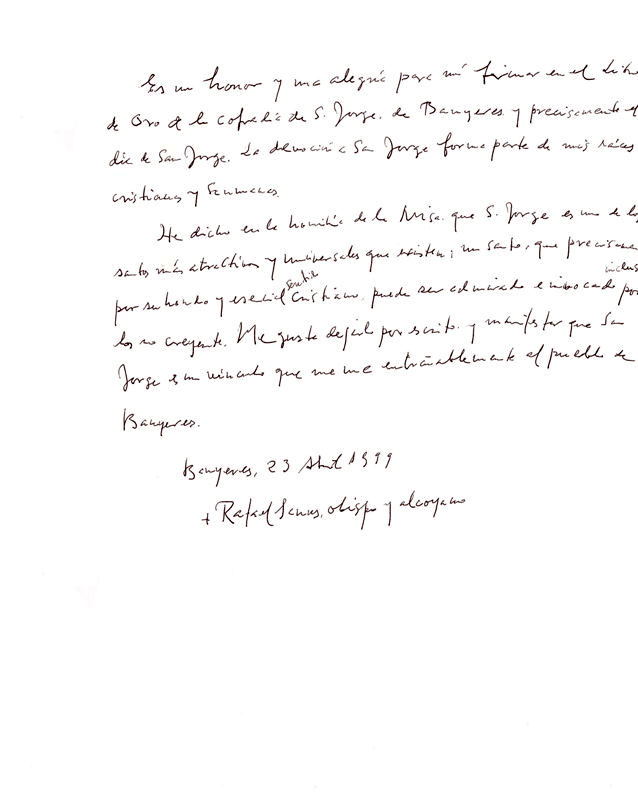 It is an honor and a joy for me to sign the Golden Book of the Brotherhood of S. Jorge de Banyeres and precisely the day of San Jorge. Devotion to St. George is part of my Christian roots and human.
I said in the homily of the Mass S. Jorge is one of the most attractive and universal saints there, a saint, precisely because of its deep and essential meaning Christian, It can be admired and invoked by unbelievers. I like to leave it in writing and say that San Jorge is a bond that unites me dearly the people of Banyeres.
bathtubs, 23 April 1999
+ Rafael Sanus, Bishop and alcoyano