In Pablo Sanchis Cano, Vicar of the Parish of San José de Ontinyent, will be the preacher in the Major Mass of the 5 September 2021, day of the Relic 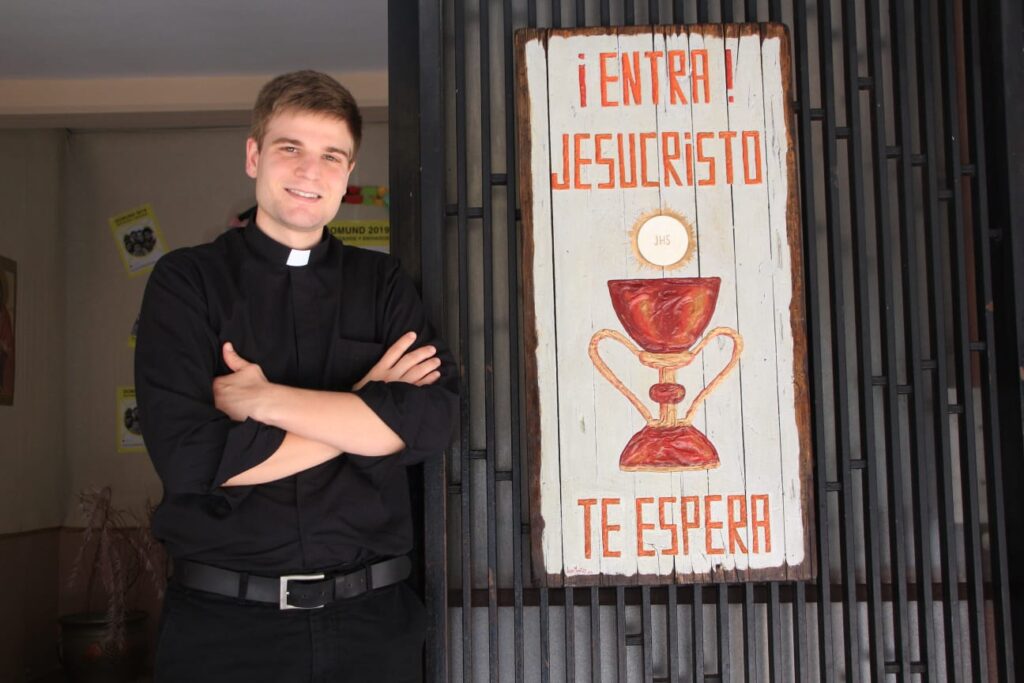 Pablo Sanchis Cano, of 27 years and native of Xàtiva (Valencia), is vicar of the Parish of San José de Ontinyent (Valencia).

Since his childhood he has always been linked to the Carmen de Xàtiva Parish. With 16 years, at the end of 4th ESO, was responsible for the group of children in this parish; had won an extraordinary award from the Foundation for the Quality of Education. That was when a very strong search for the Lord began, a search that led him to a convent in L’Aguilera (Burgos). It marked him to meet 180 nuns, mostly young, that they had given their lives to the Lord and that they had a joy that he had not seen anywhere. He then wanted to have that joy. He finished the Scientific Baccalaureate, and during the first year he began to attend to all that was connected with the Lord. What really marked him was, in the beatification of Pope John Paul II, read a sentence of his: “Don't be afraid, open wide the doors to Jesus Christ ”. He saw then that the Lord was showing him the way, which was to enter the Seminary. Although his idea then was to marry and study Mathematics or Teaching, he went to see how his heart vibrated with the priestly vocation. In 2012 entered the Major Seminary of Valencia to study Theology and then studied a Master in Biblical Theology. He was ordained a priest on 29 June 2019 and it is his first destination the above-mentioned parish.