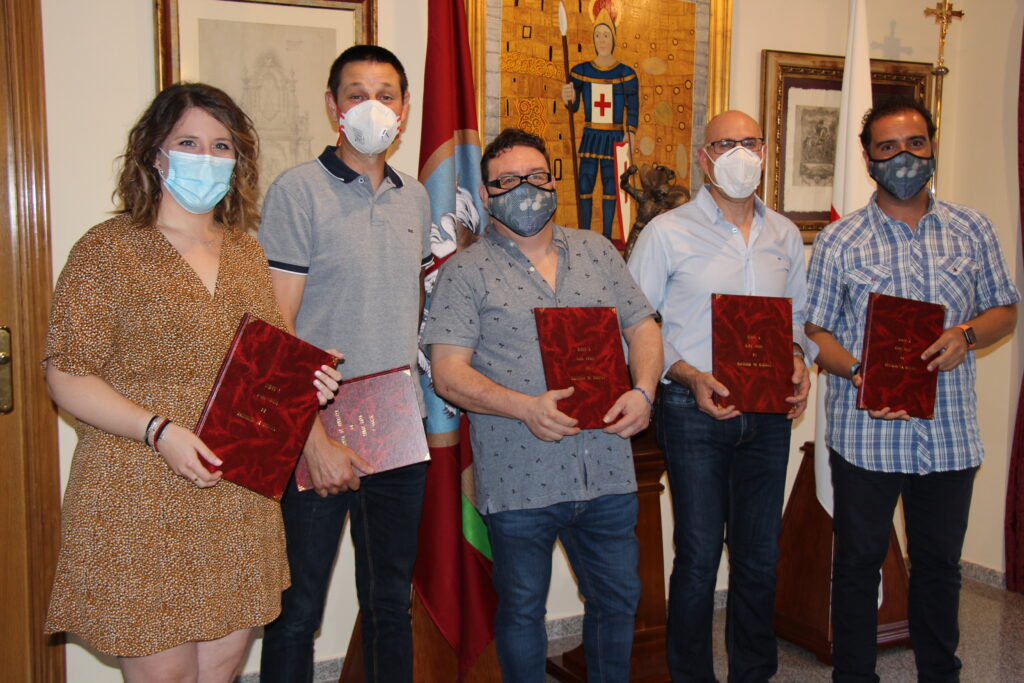 L’any 1971, D. Manuel Villar González made the arrangements for l’Hymn to St. George to be performed in processions. Currently, the scores that the musicians of the two bands had were photocopies of photocopies with corrections made by hand by themselves. El que ha fet Antonio Lillo Pérez és digitalitzar i adaptar la partitura als nous instruments que ara toquen en les bandes i que fa cinquanta anys no ho feien servir (fagot, bass clarinet…). The teacher has considered that the Brotherhood of Sant Jordi was the receiving and depository entity of this work and has done so. In April 2019 gave the Brotherhood the arranged scores and the digitization of theHymn to St. George.

Later in June, Brotherhood of St. George, has gifted the two bands of the village with the scores of all the instruments because they made copies for all the musicians. Five bindings have also been published, donated to the archives of the Festival Commission, the Musical Group “The New”, the Banyeres de Mariola Musical Society, Brotherhood of St. George, i un d’agraïment al mestre Antonio Lillo Pérez per la seua donació.

The 26 June 2020, the acting president of La Confraria de Sant Jordi, Evaristo Rafael Doménech Belda, has delivered a copy to all of them, in a simple act in the hall of the Brotherhood of Sant Jordi.

From these lines, the Confraria de Sant Jordi publicly thanks the teacher Antonio Lillo Pérez and recognizes his effort and dedication for the good of the party, of the musical-cultural heritage of our town and for the exaltation of our Patron Saint George.