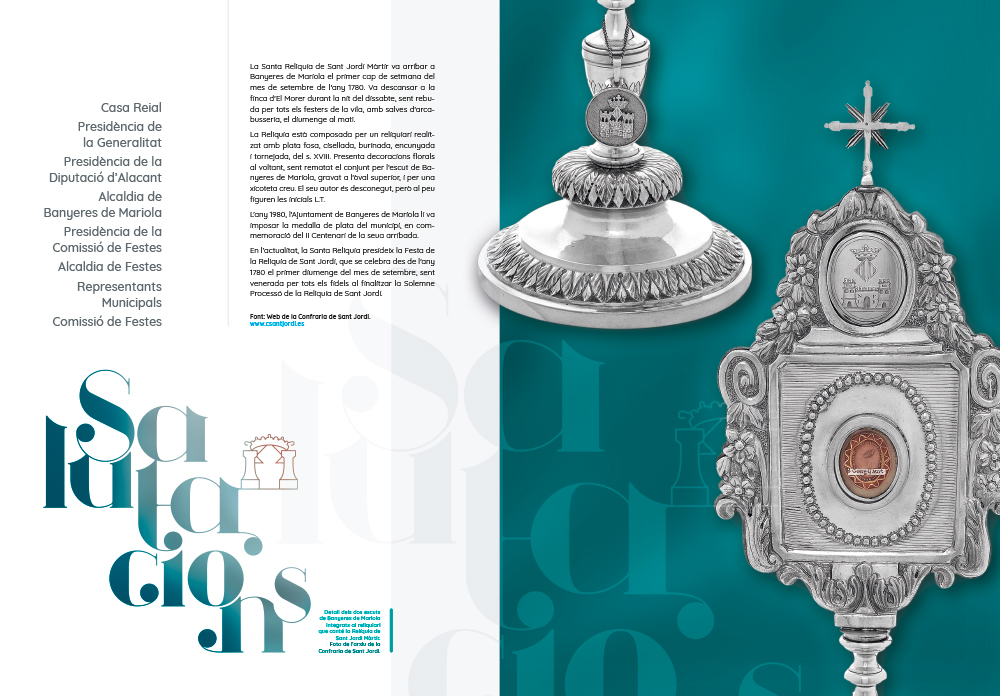 The Holy Relic of Saint George the Martyr arrived in Banyeres de Mariola on the first weekend of September of the year 1780. He rested on the El Morer estate on Saturday night, being received by all the festeros of the town, with barrage salvos, on Sunday morning.

The Relic is composed of a reliquary made of cast silver, chiseled, burinada, coined and turned, of the s. XVIII. It has floral decorations around it, being finished off the set by the shield of Banyeres de Mariola, engraved on the upper oval, and by a small cross. Its author is unknown, but at the foot are the initials L.T..

L’any 1980, the City Council of Banyeres de Mariola imposed the silver medal of the municipality, in commemoration of the II Centenary of his arrival.