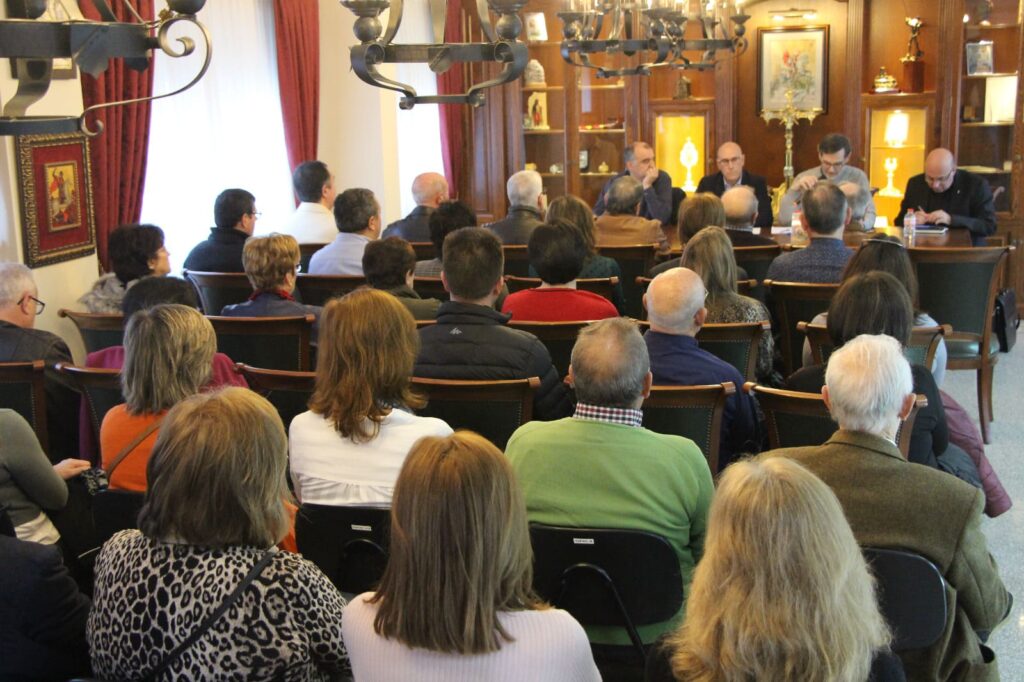 The 7 March of the year of the pandemic 2020, es va celebrar la 13 ª Assemblea General de Confrares, which took place in the Hall of the Social Headquarters of the Brotherhood and with the 5 agenda item:

“Presentation of candidacies and election of the new Presidency of the Brotherhood”.

First words (speech) from the President:

President and members of the board of the Brotherhood of St. George, overseers, rector of the parish of Santa Maria and partners that we are gathered here today, good afternoon to all and sundry.

When for the month of November, Rafa Belda came home to talk to me and told me that she had been chosen to be the person to replace him in his position… in my mind many experiences began to come, memories and also many people… people to whom I have to thank what I feel and am today.

In first place, to my parents, to know we will transmit the faith by Jesucrits and the devotion by Sant Jordi Màrtir, not just with words, but with facts.

To my grandparents, dear people, which I will never forget, for with them I learned to pray and also to memorize and meditate some prayer. From the hand of Alfafara’s grandparents is my devotion to the Divine Savior and Our Lady of Light.

To the Sisters of Charity and Teachers of Col.·read Ribera Foundation. What can I say that you don't know about "La Milagrosa"?

To my 1st catechists. Communion, al Grup Scout Edelweiss, monitors and friends who shared the faith in Jesus…

To my confirmation catechist, Paquita Aznar, and which has recently passed into the house of God.

A D. Ricardo, as rector of our parish and also as a teacher in 3rd BUP of the subject of religion, because thanks to the research work he sent us to do on the iconography of Saint George in our town, I knew how to love and value both the material and devotional heritage of our patron.

Of course I have so many more people to thank, and that they have contributed a lot to my life, but I wanted to highlight the basics of what I feel and am today.

I can only say, that I am very il·excited about the position I have to hold and that I will do my best to promote piety and devotion to St. George, to organize the liturgical and religious acts of the Patronal Celebrations and to take care of and to guard the patrimony of the Brotherhood of Sant Jordi.

Thank you so much.